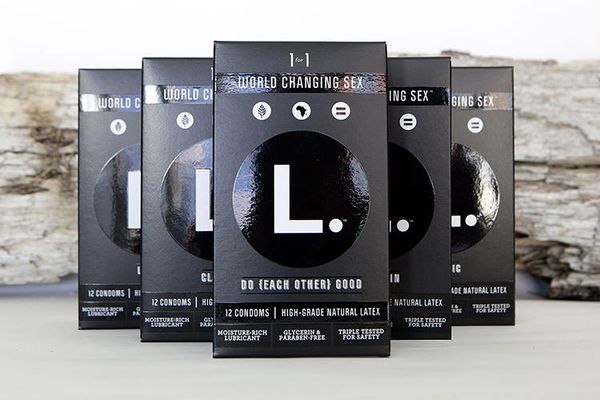 Things are heating up and now Talia Frenkel is selling her products at CVS and further, her impetus is to go ahead a one-hour delivery service for those who need it. And need it bad. Currently servicing San Francisco, L. will move to also cover New York City this coming May.

Launched on none other than Valentine's Day, L. also had a pretty cheeky one-minute ad called "A Call to Good Men," which got almost 400,000 views on its YouTube channel. "Good men give a f**k," they say.

Empowering Prophylactics
The L. Condoms Promote Safe Sex for a Cause