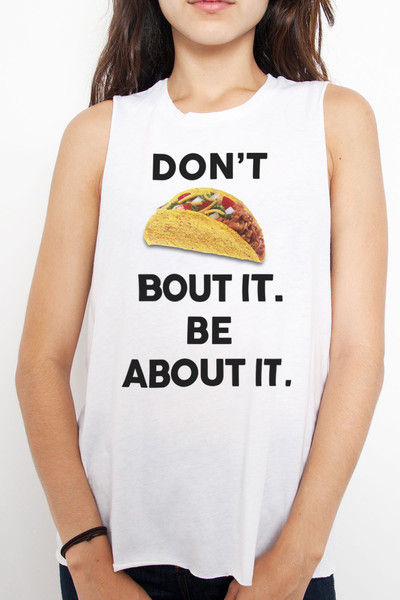 The Taco Bout It Tank Offers Some Frank Advice

It's true what they say: some people only know how to talk the talk. When it comes to walking the walk, they fall short. This tank offers a brilliant interpretation of the phrase. It reads, "Don't Taco Bout it. Be About It," and, as mentioned above, the word taco is replaced by an actual image. In other words, don't say that you're "so hungry you could eat fifty tacos," if you're only going to quit after a measly four-and-a-half, whining about stomach cramps. That's weak.

Of course, the message extends to more than tacos. It's an ethos to live by: cut the BS and be authentic. People will appreciate you for it.
2.8
Score
Popularity
Activity
Freshness
Jeremy Gutsche Keynote Speaker