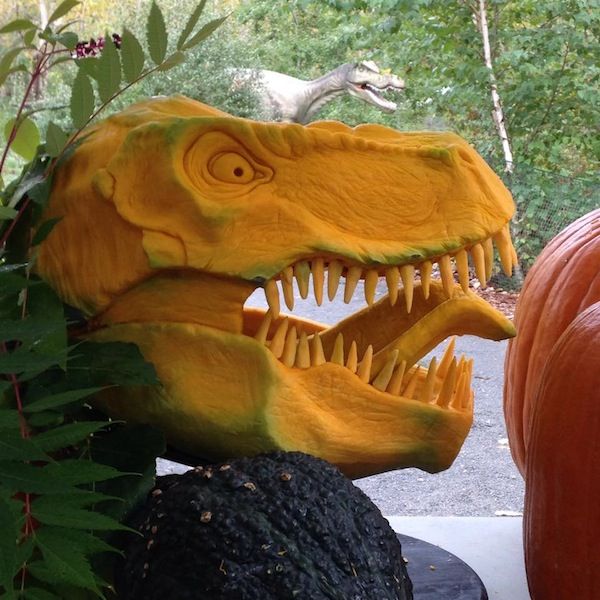 Alyson Wyers — September 30, 2014 — Special
References: facebook & designtaxi
Share on Facebook Share on Twitter Share on LinkedIn Share on Pinterest
With Halloween one month away, if you already have your costume picked out then you're probably on to planning your pumpkin carving, whether it's a zombie jack-o-lantern or an awesome T. rex pumpkin. Villafane Studios is known for taking things to the next level, not just with their pumpkin designs, but with their sand and other astonishingly life-like sculptures. They recently participated at a Field Station: Dinosaurs event where sculptor Chris Vierra transformed a pumpkin into an epic Tyrannosaurus rex head.

Located in New Jersey, the theme park exhibited the T. rex pumpkin, which is a realistic replica complete with scaly skin and sharp teeth detailing. The pumpkin was even carved so specifically that bits of green poked through, giving it additional shading and dimension.
4.2
Score
Popularity
Activity
Freshness
Access Advisory Services