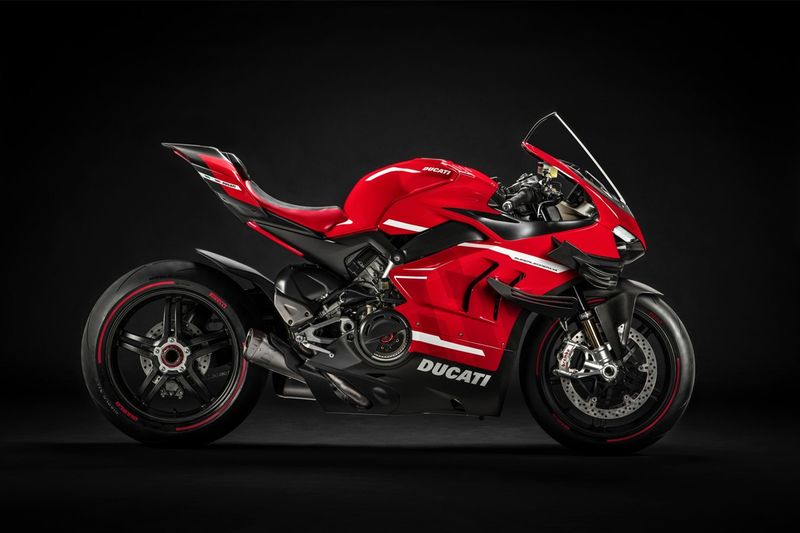 Ducati's Superleggera V4 is the Brand's Most Powerful Bike

Daniel Johnson — February 10, 2020 — Autos
References: superleggerav4.ducati & hypebeast
Ducati recently revealed its most powerful motorcycle ever, which is titled the 'Superleggera V4.' The Superleggera V4 is able to produce 220 horsepower, which is 20 more than the company's previous most powerful bike, the 'Panigale V4'. The bike will be limited to only 500 units, which will be released in June and will be available through the company website.

The new model also weighs 350 pounds, which is 30 pounds less than the Panigale V4. The reduced weight is the result of using carbon fiber and titanium materials. Additionally, Ducati worked alongside Öhlines in order to enhance the suspension system. The new system features aluminum fork bottoms, as well as a shock spring that is comprised of titanium.