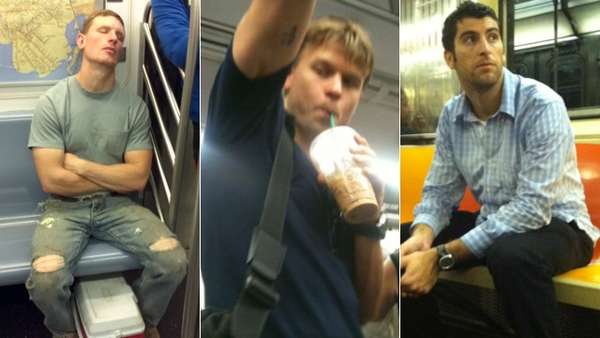 The SubwayCrush Blog is a Startling Violation of Privacy, But Oddly Amusing

While day dreaming about the brief, speechless relationships we've had with strangers on the bus is perfectly fine, snapping photos of those very people might be considered a breach of privacy. Regardless, the blog SubwayCrush -- an offshoot of the London-based original, TubeCrush -- is a growing repository of clandestine photos taken of attractive, muscled and often sleeping men on the New York City subway. By its own admission, the blog is meant "to bring you the hunks of the underground" and is based on a straightforward premise: "See. Snap. Share." Legally speaking, it's perfectly in accordance with the MTA (Metropolitan Transport Authority) bi-laws. But just in case you're not cool with thousands of local women oggling over your pectorals, simply hit the "request removal" button.
4.8
Score
Popularity
Activity
Freshness
Get the 2021 Trend Report FREE