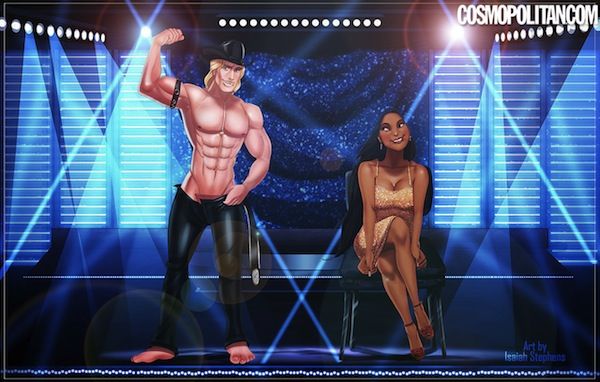 Meghan Young — July 7, 2015 — Pop Culture
References: twitter & designtaxi
Share on Facebook Share on Twitter Share on LinkedIn Share on Pinterest
Some people's earliest crushes were on cartoon characters, so seeing a series of stripper Disney Princes shouldn't be too much of a shock for people. Granted, there have been a lot worst re-imaginings to hit the Internet in the past. That said, these stripper Disney Princes are quite tame in their attempt to bring some fun exposure to the film Magic Mike XXL, which recently hit theatres this past long weekend.

Inspired by the urban characters played in the hilarious movie, these stripper Disney Princes show off their ripped bods in torn denim, baseball caps and not much else. From Cinderella’s Prince Charming to Belle's Beast, it's hard to look away as these childhood figure girate on a well-lit stage for dollar bills.
7
Score
Popularity
Activity
Freshness
Access Advisory Services