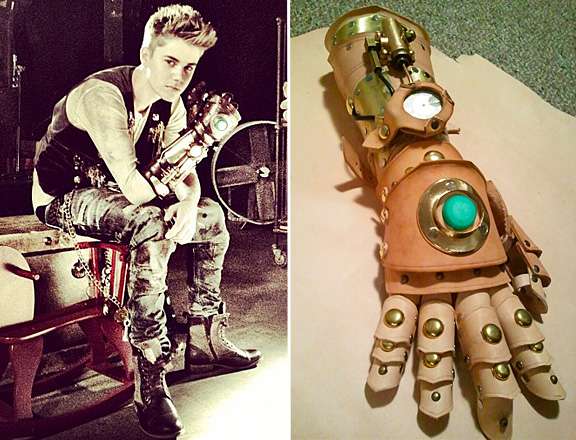 Finch Field, a master in crafting post-apocalyptic wearable art, created the arm using odds and ends including rivets, nuts, bolts, pocket watch pieces, and LED lighting, to give it a rustic robotic feel. Bieber sports the Steampunk creation in his 'Santa Claus Is Coming To Town Video,' supporting the Finch-Field's British Colombian-based artistry. Only ten of the limited edition arms will be made and created, each autographed by the artist and bearing its own one-of-a-kind quirks.