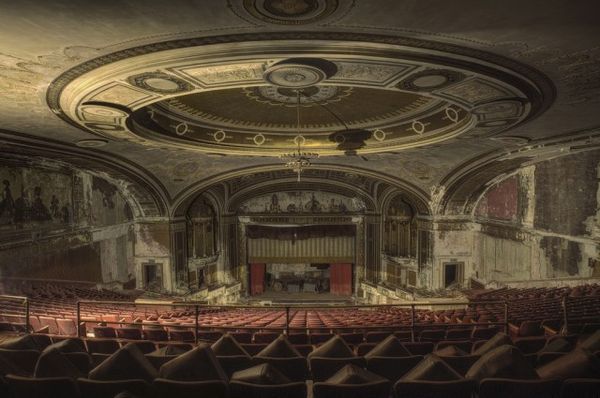 States of Decay by Daniel Barter Captures a Bygone Era

Meghan Young — May 13, 2014 — Fashion
References: danielbarter & fubiz.net
Share on Facebook Share on Twitter Share on LinkedIn Share on Pinterest
The allure of abandonment in America has not yet lifted as the States of Decay photo series shows. Although documenting such dilapidated urban buildings and areas was huge a couple of years ago, the fact that they remain and are added to has renewed people's interest time and time again. In this case, such places have piqued the interest of 29 year old United Kingdom photographer, Daniel Barter.

The States of Decay photo series commenced while he traveled throughout the United States. Commissioned by Caters News Agency, his lens continually captured a bygone era. Dark, mysterious and poignant, the images span a variety of contexts from grandiose theaters to decrepit bedrooms and even the odd bowling alley. As Fubiz puts it, Barter invites "us to discover places worthy of the best horror films."
5.4
Score
Popularity
Activity
Freshness
Attend Future Festival