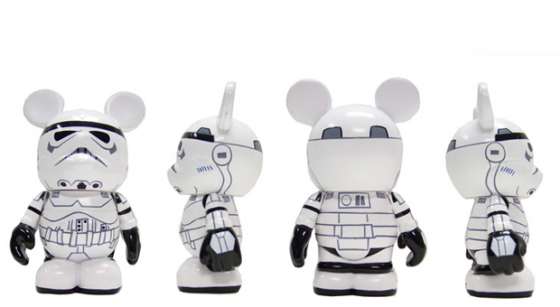 Disney is actually the company backing the Star Wars Vinylmation. Each character has been given a new look, most notably, the bear ears that now occupy both sides of the head. Compared to Medicom Toy's Bearbrick, the figures are more rounded and have more of a cuddly look; sort of like the Ewoks if they cosplayed as some of the characters. Familiar faces in the collection will include Darth Vader, R2-D2, Chewbacca, Yoda and more. These are blind boxes, which means no one will know which character they'll get until they buy the figure and open it.

This is Series 1 for the Star Wars Vinylmation collection, which means more will likely follow.
2.3
Score
Popularity
Activity
Freshness
Get Trend Hunter Dashboard