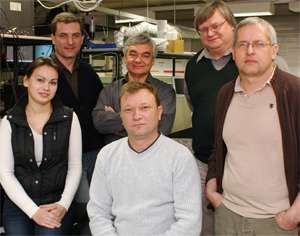 Using only the power of light, the researchers moved tiny particles a distance of 1.5 metres. So what's the big deal? It is only 1.5 metres right? The experiment was limited by the size of the optical table available, according to Professor Andrei Rhodes. He fully expects that at this stage they could realistically move particles up to 10 metres if they had the right environment.

Ten metres is already starting to sound a lot more interesting for mainstream applications, not to mention gadgets!

The full report on the experiment will be released online in ScienceWise on September 23rd, so until then you can watch an illustration of laser tweezers which will help you visualize similar technology which has already been developed on a smaller scale.

Star Wars has 'inspired' many modern gadgets which would have once upon a time been considered possible only in sci-fi movies. A tractor beam definately falls into that category. Of course, the commercial application of this technology is a long way off, but the fact that it exists presents mind-blowing possibilities for the future.
3.4
Score
Popularity
Activity
Freshness
Get the 2021 Trend Report FREE