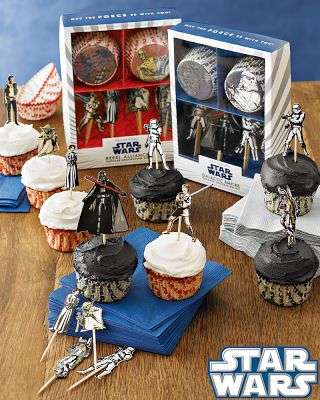 The Star Wars Galactic Empire Cupcake Decorating Kit will surely brighten any fan's day, whether they're a nerd or a culinary enthusiast.

Implications - In the last few years, Hollywood has been hedging its bets by placing a strong emphasis on the developing film franchises. Part of the reason Hollywood is so dependent on these franchises is that they offer multiple revenue streams (video games, action figures, cartoons). A company can benefit or capitalize on this trend by investing in a partnership with a major motion picture or video game, or create their own animated character, available for use in ads, action figures and cartoons.
3.1
Score
Popularity
Activity
Freshness
Get Better and Faster