Glow In The Dark Underwear 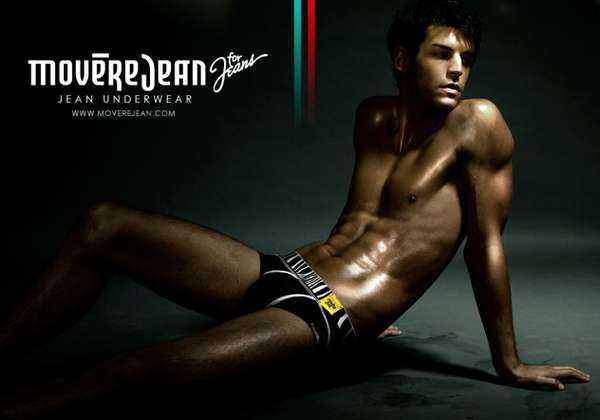 Sandra Winn — January 12, 2009 — Fashion
References: moverejean & plastic.typepad
Share on Facebook Share on Twitter Share on LinkedIn Share on Pinterest
Ladies and men attracted to men, now that you’ve finished drooling over MovereJean’s hot male underwear ad models, it’s time to learn how MovereJean’s (who postulate they have made the first jean-specific underwear) will accentuate and enhance a man’s nether-regions and buttocks.

According to the MovereJean website, their underwear is calculated for “direction and elasticity.” The backside of the skivvies are made with a ‘Y-shape’ pattern so it holds the cute male buttocks in place all day long.

The front of MovereJean underwear comfortably holds ‘the King and his boys’ in an upright position that makes for an attractive, smooth bulge that would put Robert Plant to shame. And, it also makes the “money line” of men who take care of their bods even more attractive.

In short, MovereJean underwear for S/S 09 is extremely hot! There are sixteen styles to choose from, which will make it all the more harder when trying to pick a pair for my own husband.
6.3
Score
Popularity
Activity
Freshness
Get Trend Hunter Dashboard