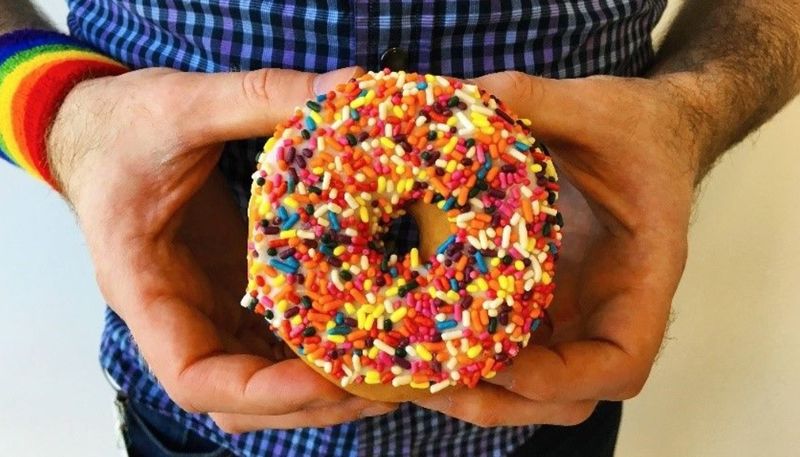 Dunkin’ is Celebrating Pride Month with the Sprinkled with Pride Donut

Katherine Pendrill — June 1, 2019 — Lifestyle
References: news.dunkindonuts & fastfoodpost
Dunkin’ is gearing up for Pride Month with the debut of its new 'Sprinkled with Pride Donut.' Just like the Pride flag itself, this tasty new donut is wonderfully colorful.

The new Sprinkled with Pride Donut is a classic yeast donut topped with sweet strawberry-flavored frosting and a smattering of sprinkles in all the colors of the rainbow. The donuts are a limited-edition release that will only available at participating Dunkin' locations in Chicago, Los Angeles, and Boston through until June 30th.