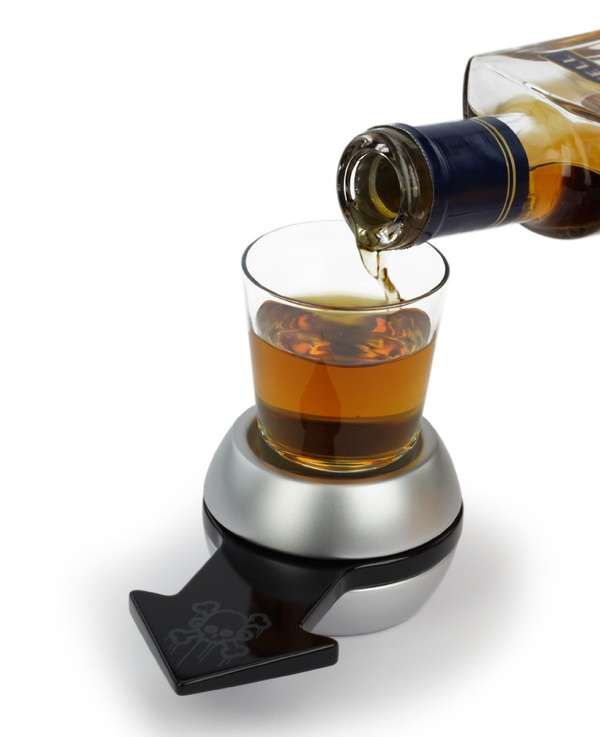 Exactly like Spin the Bottle, the Spin the Shot game replaces the typical beer or wine bottle and replaces it with a shot holder similar to a spinning top, but more well balanced. The main difference is that instead of having the bottleneck point at the loser, there is a Jolly Roger symbol -- the bones and crosses representative of pirates -- on an arrow. Not only is this a nice step up from the typical challenges, it also encourages more alcohol consumption. Unfortunately, as the night goes on, things get more wobbly so just be wary of spillage when spinning.