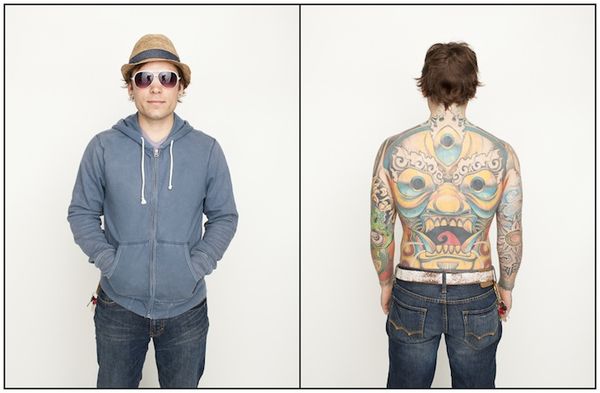 Meghan Young — May 14, 2014 — Fashion
References: spencerkovats & mymodernmet
Share on Facebook Share on Twitter Share on LinkedIn Share on Pinterest
Tattoos are almost synonymous with fashion these days considering that everyone and their mother are getting one, yet Spencer Kovats shows that many who do indulge in permanent body art are doing it more for themselves than society. Spencer Kovats shows this by capturing hidden tattoos.

Part of The Tattoo Project that resulted in a published book, 'The Tattoo Project: Body, Art, Image,' Spencer Kovats is one of the 11 fine art photographers who partook in documenting these individuals. They sequesterd themselves in a premier photo studio in Vancouver, Canada, from which he hails, to shoot people clothed and unclothed.

The book itself is full of different photographic styles. Spencer Kovats focused on stark candid imagery in the vein of Terry Richardson. It gives the models an even more approachable appeal.
5.9
Score
Popularity
Activity
Freshness
Get Trend Hunter Dashboard