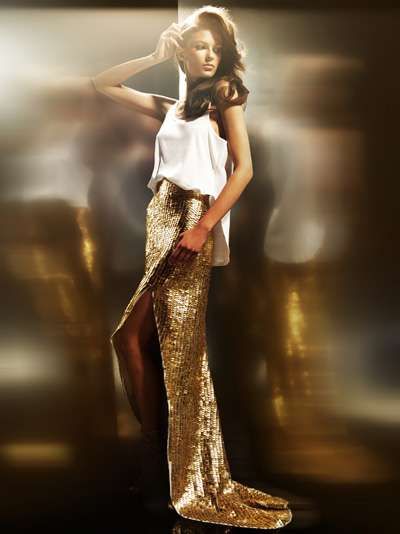 Stylist duo Magda Butrym and Alicja Antoszczyk, along with makeup artist Ela Mazurek, lend their hand in primping Next model Emilia Nawarecka, making her the show stopper of the shoot. Viewers see Nawarecka in dazzling pieces of sequined and sleek-cut dresses, long sleeve blouses with frilly details, long dresses with floral prints and peach-colored tops, among others.

Nawarecka, sporting seductive hair groomed by hairstylist Emil Zed, also looks like a Grecian goddess in some of the pictures, especially with the juxtaposition of white and gold. In one of the pictures, the model is seen wearing a daring mask, lending a mystique to the shoot that is unrivaled.
5.6
Score
Popularity
Activity
Freshness
Get the 2023 Trend Report FREE