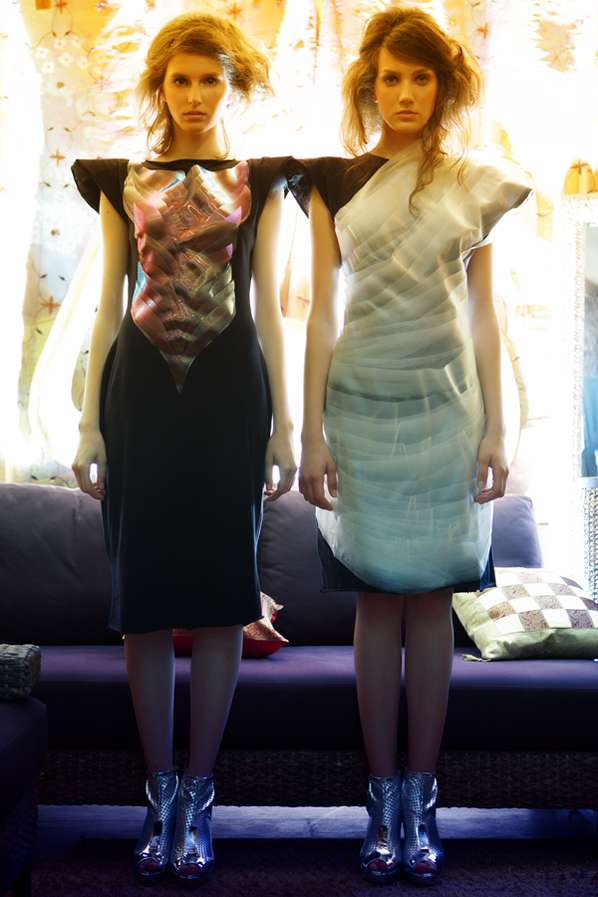 The Vali Barbulescu 'Eclectic: The Definition of Fashion' Shoot is Hot

The shoot by the Romanian photographer from Bucharest sees the styling of Alin Galatescu. Not only do the two models sport similar hairdo and makeup, they also don similar clothes, albeit the occasional contrasting colors, making them appear to look like end products of a successful cloning experiment. They are seen rocking latex tops with pointed shoulder pads, unbelievably quirky heels, and a selection of dresses with psychedelic prints, sexy lacework and layered frills, among several others.