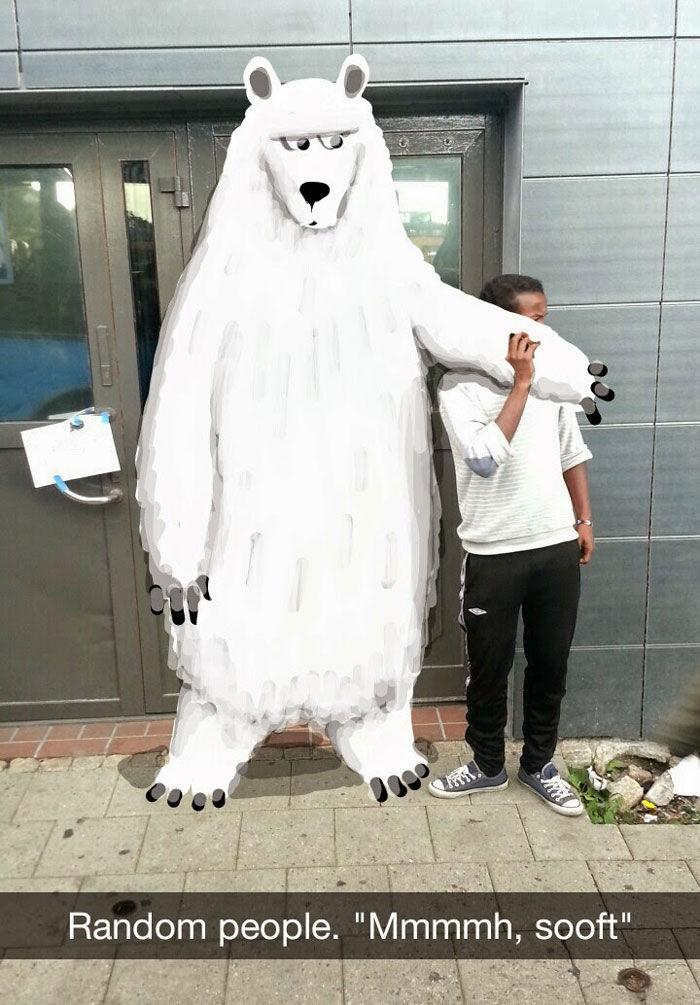 I don't know if you've ever tried to draw something on Snapchat, but using your finger as a paintbrush on a touch screen happens to be incredibly hard. I mean, it's really, truly difficult to draw something as simple as a stick figure. Yet, here comes Geeohsnap, who draws amazingly detailed sketches on the social media platform with comfort and ease.

Not only is the quality of his Snapchat doodles amazing, Geeohsnap's compositions are absolutely hilarious and adorable. A girl waiting at a bus stop is given a giant bear hug from a fluffy cartoon grizzly, for instance, while in another shot, a girl gets a giraffe as a seatmate.
5.1
Score
Popularity
Activity
Freshness
View Innovation Webinars