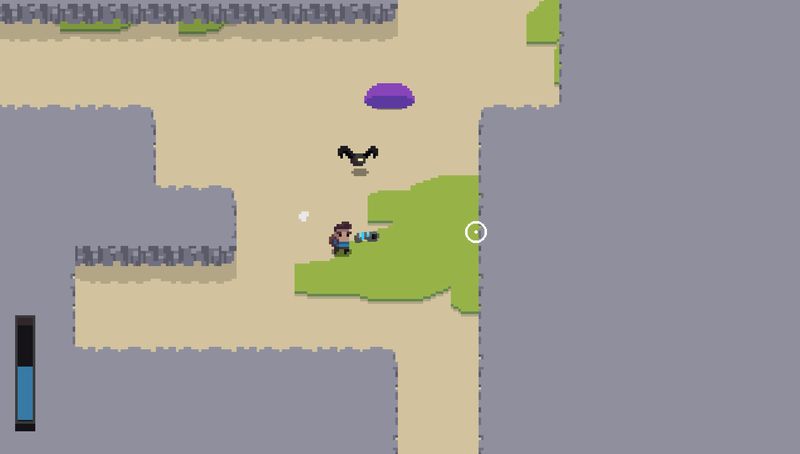 Smaex's ONE Evolves a Basic Concept with Tight and Interesting Gameplay

Justin Lam — April 4, 2018 — Tech
References: smaex.itch.io & indiegames
Share on Facebook Share on Twitter Share on LinkedIn Share on Pinterest
Developed for Heart Jam 2018, Smaex's ONE is a short indie game about survival and cave exploration. This concept isn't entirely new, but ONE takes it a step further by giving players a single life and gun with just one bullet. Making it through each cave is a challenge in planned thinking, but thankfully the single bullet can be shot and zips right back to the player's gun. The bullet also has the ability to ricochet off walls to help dispatch the bats and slime that inhabit each environment.

Smaex's ONE was made and debuted at the 72-hour game jam Heart Jam, and while it may still feel like a prototype, the developer has already started to work on more levels. What would be a simple concept is enhanced with tight mechanics, interesting gameplay and a unique visual style. Smaex's ONE is currently available on itch.io, only for PC.
1.6
Score
Popularity
Activity
Freshness
Get Trend Hunter Dashboard