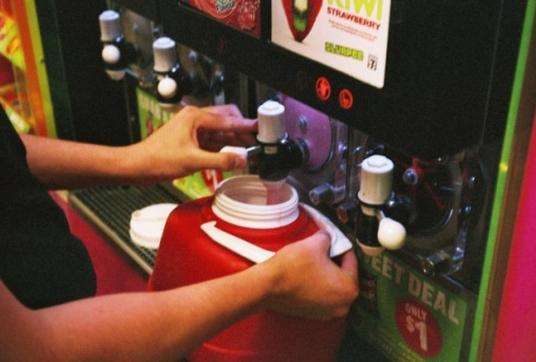 Slurpee BYO Cup Day Encourages People to Fill Up Anything

Created by Leo Burnett Melbourne, the Slurpee BYO Cup Day campaign was launched by the company to battle Coca-Cola's recently released copycat product. Because the cup is one thing Slurpee never changed about its brand, the company decided now was the time. For one day only, 7-Eleven customers were allowed to bring whatever they wanted to fill with Slurpees and all they had to pay was the price of a medium Slurpee. As you'll see from the video, nothing was off limits -- customers brought fish bowls, helmets, shoes, briefcases and even KFC buckets!

In the end, the Slurpee BYO Cup Day proved to be a great success. According to the case video, the company's sales increased by 270 percent and over 320,000 liters of Slurpee was sold.
1.5
Score
Popularity
Activity
Freshness
Get the 2021 Trend Report FREE