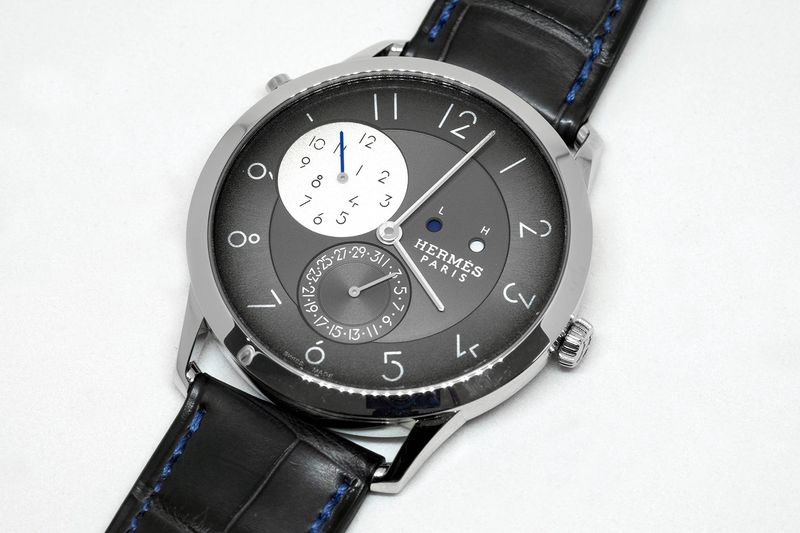 Amy Duong — March 22, 2018 — Fashion
References: hermes & hypebeast
Share on Facebook Share on Twitter Share on LinkedIn Share on Pinterest
French luxury brand Hermés unveils an elevated new version of its classic Slim d'Hermés timepiece. The new watch is mostly the same as the original version, but the label highlights an additional element on the interior -- the GMT sub-dial on the updated version sits on the face of the watch, telling two times at once.

The new GMT sub-dial on the Slim d'Hermés may appear confusing at first glance, but the mixed up numeric forms are set to make reading the home dial time much easier. Some other unique elements on the updated timepiece include two day and night windows -- one created for home time, and the other for local time telling. The new and highly exclusive Slim d'Hermés model is planned to drop in June this year, priced at $14,700 USD, and only 90 models are planned to be crafted.
5.2
Score
Popularity
Activity
Freshness
View Innovation Webinars