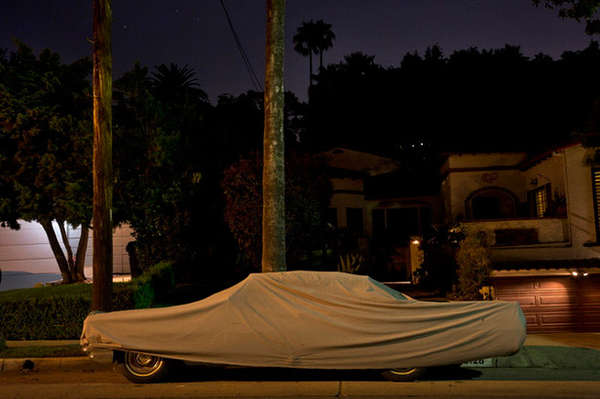 Meghan Young — April 18, 2013 — Autos
References: instituteartist & lifelounge.au
Los Angeles, California, can often feel like a city full of cars rather than people and the Sleeping Cars photo series furthers this feeling by personifying these inanimate vehicles. With more than seven million registered vehicles in the city, the Sleeping Cars series gives people a glimpse as to where they rest their weary parts after a day on the road.

Shot by photographer Gerd Ludwig, the Sleeping Cars photo series really does imbue the subjects with human-like characteristics. Whether tucked under a tarp or snuggled in the corner of a garage, they will have onlookers cooing instantly. As written on Institute Artist, "The series shows cars that have a presence. They command their space." While most are loners, "a few lucky ones sleep in pairs."
4.3
Score
Popularity
Activity
Freshness