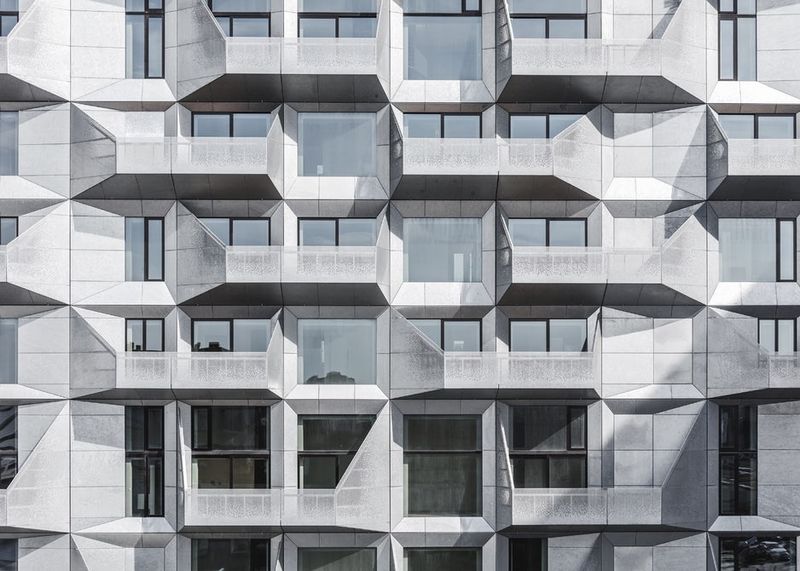 This Apartment Building Was Once a Silo Used to Store Grains

Rahul Kalvapalle — June 30, 2017 — Art & Design
References: cobe.dk & newatlas
Share on Facebook Share on Twitter Share on LinkedIn Share on Pinterest
The Silo is a spectacularly eye-catching Danish high-rise building, intended specifically for residential use, that is a galvanized and fully refurbished reincarnation of a building that was previously used a silo for the storage of enormous amounts of grain.

Envisioned and executed by COBE Architects, this high-rise building features a galvanized steel facade that belies its previous agricultural look, although the building's heritage was fully respected by keeping significant portions of its interior, which lend the inside of the space a unique character. The building will comprise 38 apartments, while its top floor will play host to a restaurant offering 360-degree views of the city of Copenhagen.

With its combination of agriculturally inspired interior design language and a sleek, modern facade, The Silo building proves that industrial and modern architecture can elegantly fit together in the same package.
4
Score
Popularity
Activity
Freshness
View Innovation Webinars