StyleBondage
Next
Set of
Related
Ideas 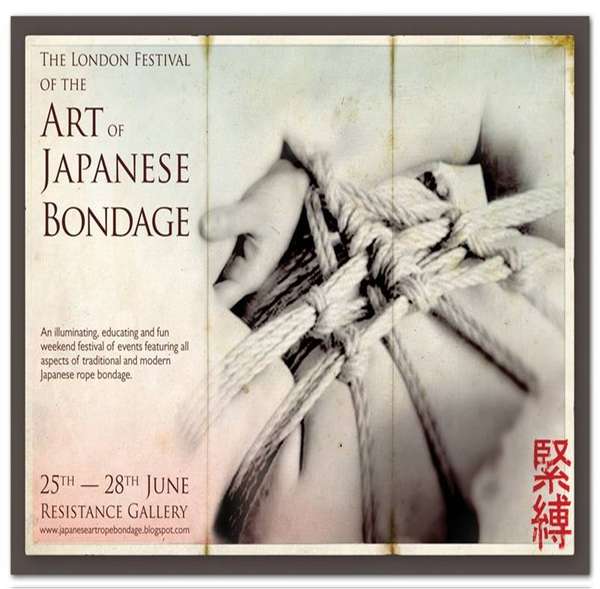 Jen Layton — June 14, 2009 — Naughty
References: tinyurl & resistancegallery.blogspot
Share on Facebook Share on Twitter Share on LinkedIn Share on Pinterest
Seeking to dispel the image of seedy, back-street bondage pornography, London’s first-ever ‘Festival of Japanese Bondage,’ or Shibari, seeks to celebrate this unique and personal practise in its many forms: as art, as a cultural elucidation and good honest sexy fun!

Many not familiar with Shibari as a discipline will be unaware of its long and culturally rich history, first in Japan, and then out into the US and Europe. As a discipline of Japanese art it is as ritualistic and multifaceted as those that are more commonly known such a bonsai, or origami. Gathering disciples study under ‘Masters’ for many years in order to themselves become proficient.

The Festival, covering four days of events in total, features workshops and how-to’s from some of the world’s most preeminent rope riggers (those who tie the knots), as well as a bevy of artists, photographers and designers whose work is influenced by or touches upon Shibari as inspiration.

The festival has been specifically designed to contain something for everyone, from the 100% rope virgin to a seasoned connoisseur, but I’m sure it will capture the essence of bound beauty for everyone that visits.

Bringing your own rope is optional—there will be plenty to spare!

This event is to be repeated 2-5 April at the same venue. See http://bit.ly/4r2sNt for updates
6
Score
Popularity
Activity
Freshness
Attend Future Festival Virtual