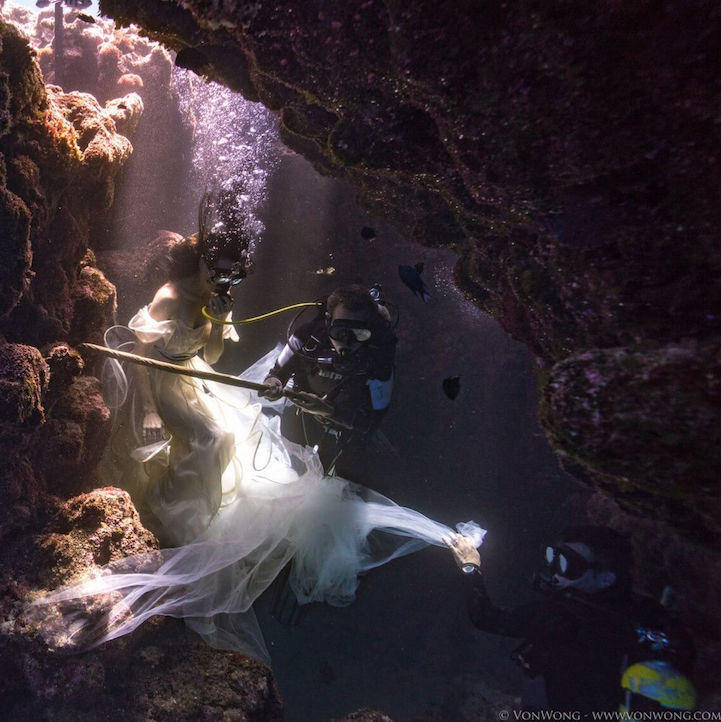 Meghan Young — January 25, 2016 — Fashion
References: vonwong & mymodernmet
Share on Facebook Share on Twitter Share on LinkedIn Share on Pinterest
Aptly titled, the Shark Shepard photo series will astound just about anyone who has a healthy fear of the sea creatures. Although similar to many of the other underwater photoshoots that have found its way on the Internet over the last few years, this one stands out since the model is captured free diving with real sharks.

With a wooden staff in hand, she is a true Shark Sheppard. Striking ethereal pose after ethereal pose for photographer Benjamin Von Wong, she was captured by the South Pacific island of Fiji, known for its world-class shark dives. Although the images look Photoshopped, the photographer included behind the scene shots to show just how real the Shark Sheppard series really is. She had help from divers, but other than that did all the hard work herself.
6.2
Score
Popularity
Activity
Freshness
View Innovation Webinars

Psychotropic Underwater Shoots
The Something Else SS12 Collection is Surreal