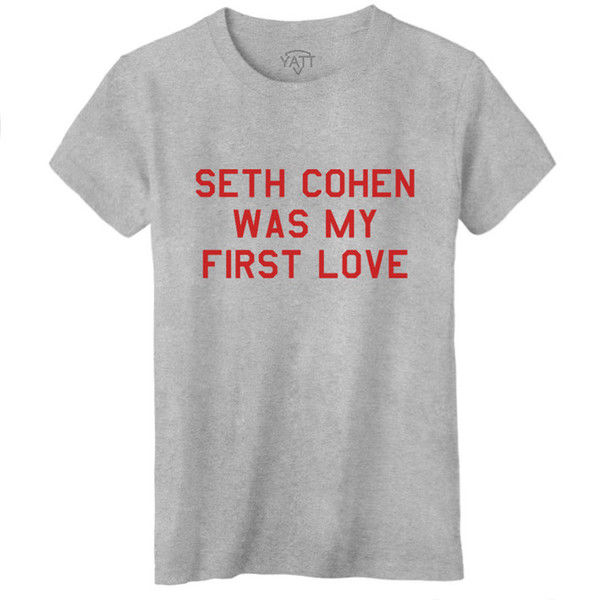 Before the world was embroiled in a heated debate over Team Edward and Team Jacob, girls everywhere were dividing themselves between Seth Cohen admirers and Ryan Atwood supporters. It's true, these boys weren't fighting over the sole affection of one girl, as in the Twilight series, however, determining if you were a Ryan or a Seth fan was a pretty good indicator of who you were (are?) as a human being. I mean, it's how I determined all of my friendships, anyway.

The shirt, which reads 'Seth Cohen Was My First Love,' is perfect for any O.C. fan who gravitated towards Cohen's awkward, nerdy, but most importantly, lovable charm.
3.6
Score
Popularity
Activity
Freshness
View Innovation Webinars