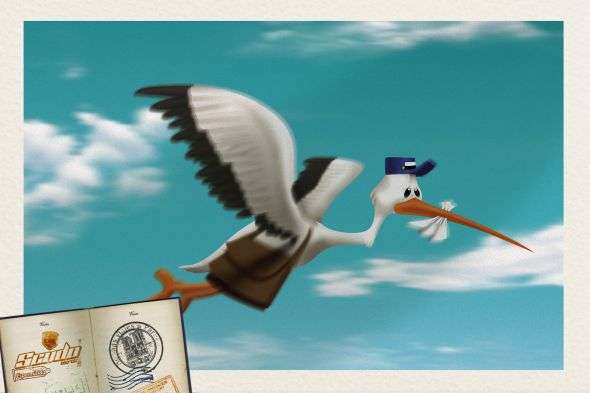 Amelia Roblin — November 30, 2011 — Marketing
References: bluenetworkca & adsoftheworld
The benefits of wearing a rubber during intimate moments include contraception and the prevention of passing on STDs. The second is a little more taboo to demonstrate in advertising, so this Scudo Condoms Stork campaign centers on the first.

To make the topic seem all the more innocent, the children's myth of the stork as the deliverer of babies is employed in these prints by the Red Azul agency of Guatemala. The graphic style incorporates cartoony illustrations of three such birds who have been made redundant due to this product.

Indeed, the message behind these ads is that if an entire population begins using this brand of prophylactics, there will be no infants born, and hence no need for the stork's services. In the Scudo Condoms Stork campaign, the protagonist no longer has an excuse to take flight and travel.
2.2
Score
Popularity
Activity
Freshness