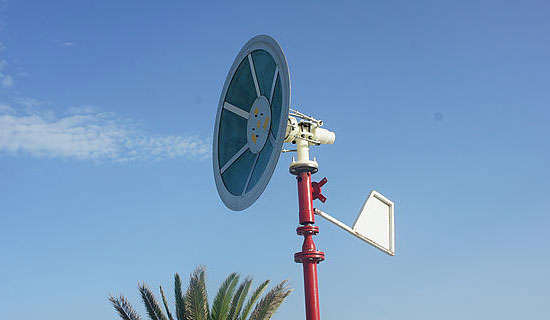 Meghan Young — November 8, 2012 — Eco
References: saphonenergy & dvice
Share on Facebook Share on Twitter Share on LinkedIn Share on Pinterest
The Saphonian by Saphon Energy, a company based in Tunis, Tunisia, is a blade-less wind turbine that has been modeled after the sails of a boat. While wind is becoming well-known for its power generating capabilities, the technology used to harness it isn't as effective as some companies would lead the world to believe. This innovative design offers an alternative that would increase the yield of energy.

Shaped like a small flattened satellite dish, the Saphonian by Saphon Energy doesn't spin. Instead, it simply sits there pointing into the wind and collecting energy. It accomplishes this by oscillating in a non-rotational back and forth motion, driving small pistons hooked up to a hydraulic system, which stores the energy in an accumulator or coverts it directly into electricity via a generator.
5
Score
Popularity
Activity
Freshness
View Innovation Webinars