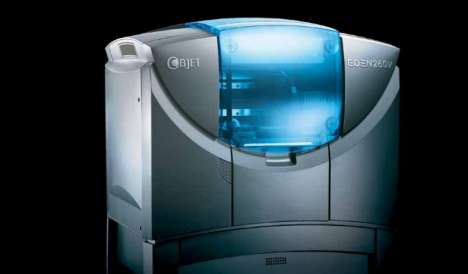 Omar Yusuf — September 21, 2011 — Tech
References: blog.ponoko & treehugger
Much is changing in the world of palaeontology thanks to the researchers at Sam Noble Museum, who are printing out detailed fossils of ancient dinosaurs for their displays.

Normally, museums engaged in natural history don't actually setup real dinosaur remains in their exhibitions. After almost 70 million years beneath ancient strata, the bones are too brittle and delicate to risk accidents. Instead, the displays shown to audiences are made from moulds that take time, money and effort to develop -- but not anymore! The Sam Noble Museum of Norman, Oklahoma has begun scanning the fossils, recreating them in virtual space and finally printing them out using 3D printers.