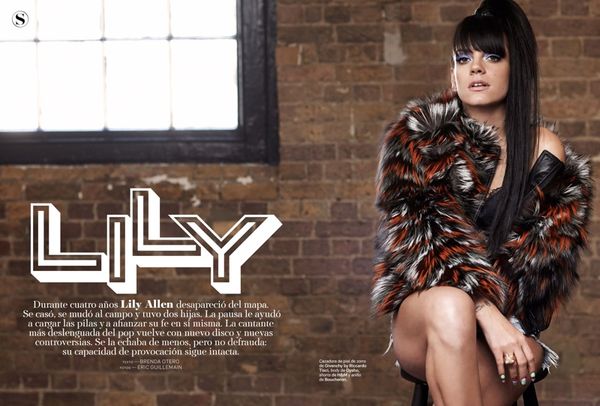 Meghan Young — June 3, 2014 — Fashion
References: smoda.elpais & fashiongonerogue
The S Moda May 2014 cover shoot maintains British singer and songwriter Lily Allen's current signature hairdo, which happens to be a very long, very high ponytail. A fun look that not many people are embracing right now, it complements the edgy and feminine outfits featured throughout the photoshoot. Not to mention that it inspires women to have a little unexpected fun with their own tresses this summer season.

Shot by photographer Eric Guillemain of 2b Management, the S Moda May 2014 cover shoot is all about bringing a retro flair to the hotter months. In this specific case, it embraces a touch of the 90s courtesy of stylist Chabela Garci. Makeup artist Jo Frost finished the looks.
1.3
Score
Popularity
Activity
Freshness