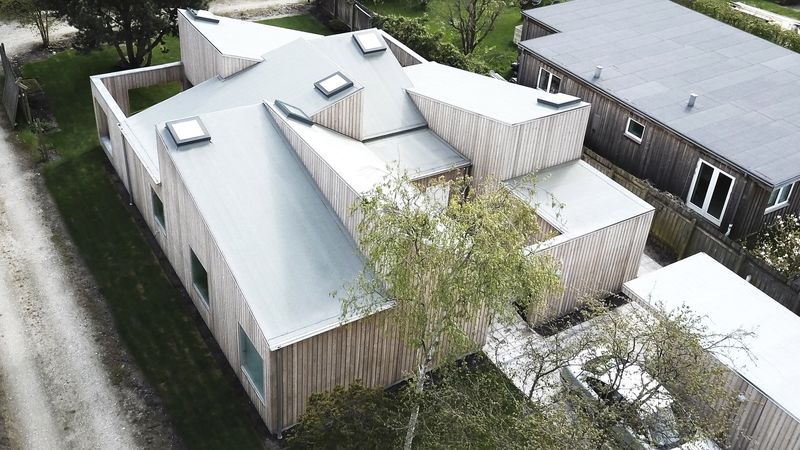 Roof House is made up of a single volume, but the various rooms and hallways within the home each have ceiling angles that are different from one another. On the exterior, this results in a baffling crisscross of slanted rooftops perpendicular to and overlapping with one another.

The paradoxical design is aesthetically interesting, but it has a very simple practical purpose. By altering the angles of the roof sections, different areas of Roof House get direct natural light from a sunlight at different times of the day.
3.5
Score
Popularity
Activity
Freshness
Attend Future Festival Virtual