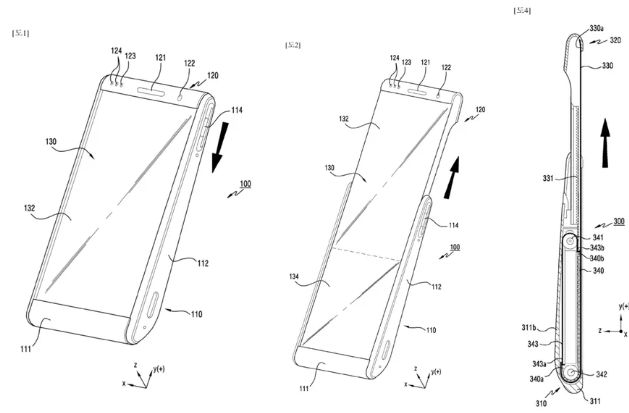 Daniel Johnson — June 13, 2019 — Tech
References: gizmodo & theverge
Share on Facebook Share on Twitter Share on LinkedIn Share on Pinterest
Samsung is working on innovative designs with its rollable phone display. The company currently has a patent that shows a phone which appears normal, however, it has a slightly hidden display that allows users to roll the screen up and down. Also in the design, is a camera and earpiece that can extend out from the phone.

Durability issues seem to go hand-in-hand with devices that have movable parts -- Samsung previously created its Galaxy Fold, which is a foldable phone, but the durability issues caused the release to be delayed.

Displays like the one outlined in the patent are new and the technology is still in the works. However, other companies have created movable displays already, such as LG, with its rollable display that is set to be released this year. Samsung looks to improve on its patent and release its rollable phone display in the near future.