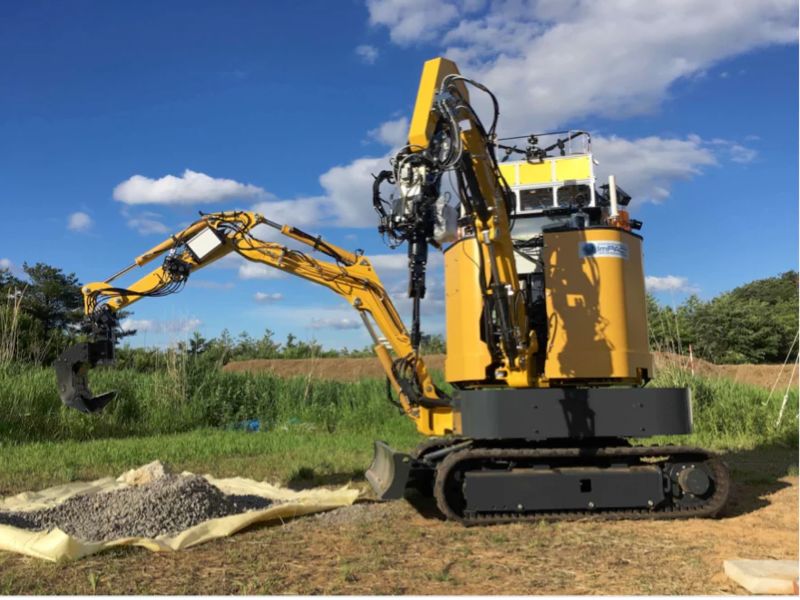 Rahul Kalvapalle — June 30, 2017 — Tech
References: resou.osaka-u.ac.jp & newatlas
Share on Facebook Share on Twitter Share on LinkedIn Share on Pinterest
When it comes to disaster relief response and execution, time is a hugely important factor as a few seconds can mean the difference between life and death for victims trapped under the rubble, which is why a group of Japanese engineers have developed a robot excavator equipped not with one but two functional arms that can rotate 360 degrees and lift heavy loads.

This robot excavator's design promises high stability during heavy lifting, all on a 360-degree axis, allowing disaster relief workers to more effectively lift rubble out of the way.