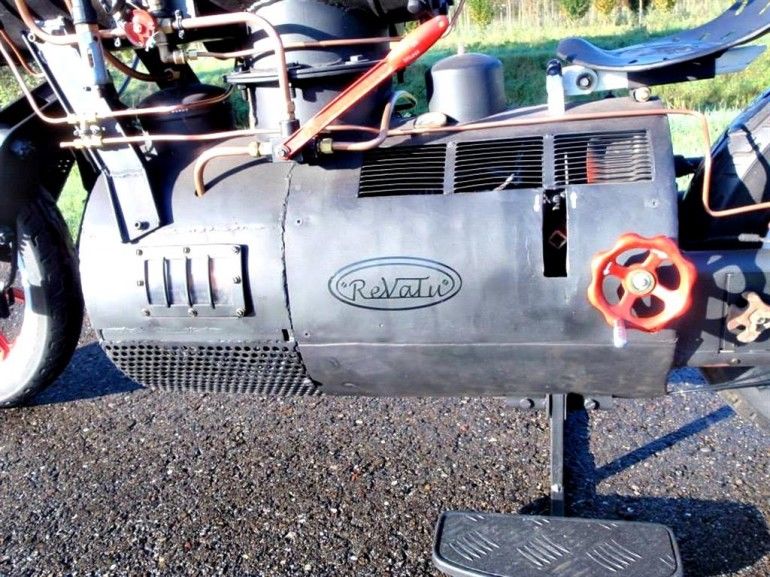 This Steam-Powered Motorcycle Was Built By Revatu Customs

Rahul Kalvapalle — April 24, 2015 — Autos
References: revatu.nl & gizmag
Share on Facebook Share on Twitter Share on LinkedIn Share on Pinterest
The Black Pearl is an incredibly badass vehicle, constructed by Revatu Customs, that is best described as half-motorbike, half-locomotive. Named the Black Pearl, this motorbike is powered by a steam engine. It's a fully functioning motorbike, even if it's not exactly the quickest.

The motorbike is unabashedly inspired by locomotives, and this is obvious all over. The transmission, a crankshaft that rotates the rear wheel using an eccentric pivot, pays tribute to steam train engines both visually and from a mechanical engineering standpoint. This motorbike is even fitted with a bell and steam horn.

With a top speed of 8 km/h, the Revatu Customs creation isn't the best bet for a race. However it's still an engineering marvel that pays tribute to one of the most important transportation innovations in human history.
4.6
Score
Popularity
Activity
Freshness
View Innovation Webinars