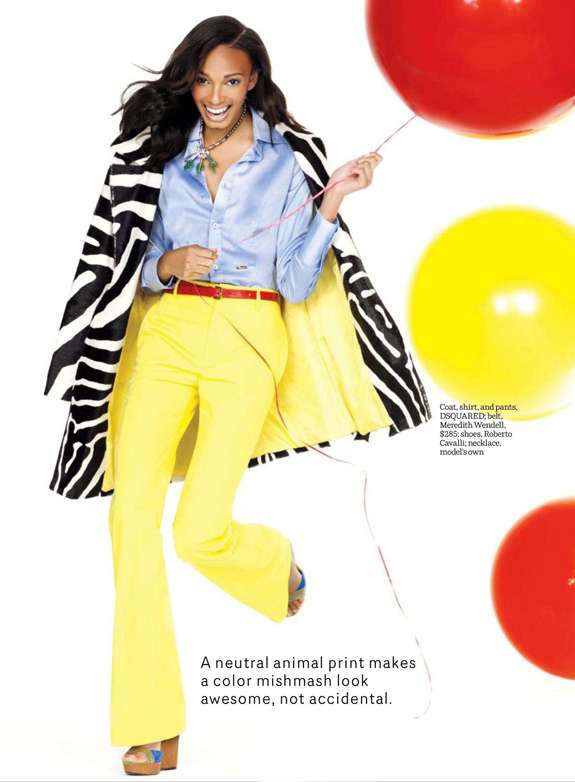 The R'el Dade for Cosmopolitan US January 2012 Shoot is Colorf

Souzan Michael — December 21, 2011 — Pop Culture
References: fashionbombdaily & beautyisdiverse
Share on Facebook Share on Twitter Share on LinkedIn Share on Pinterest
Whether you're one to swoon over bold, bright shades, or you tend to stick to monochromatic tones, the R’el Dade for Cosmopolitan US January 2012 photo shoot is sure to make you want to add a bit more color to your wardrobe this season.

The stunning American model wears daring designs from the likes of Christopher Kane, Uniqlo, Roberto Cavalli, DSquared2, and Diane von Furstenburg in the shoot, which is appropriately titled 'Bold Moves.'

Shot by photographer Nicholas Routzen, the R’el Dade for Cosmopolitan US January 2012 photo shoot features the headline "It’s hard to blend in when you’re wearing fierce colors, but really, isn’t that the point? Kick it up even more by mixing bright, eye catching shades unexpectedly for a look that’s simply wow."

"Wow" is the perfect word to describe the stunning and eye-catching photo shoot, which will hopefully inspire you to sport some neon duds in the new year.
3.8
Score
Popularity
Activity
Freshness
Attend Future Festival