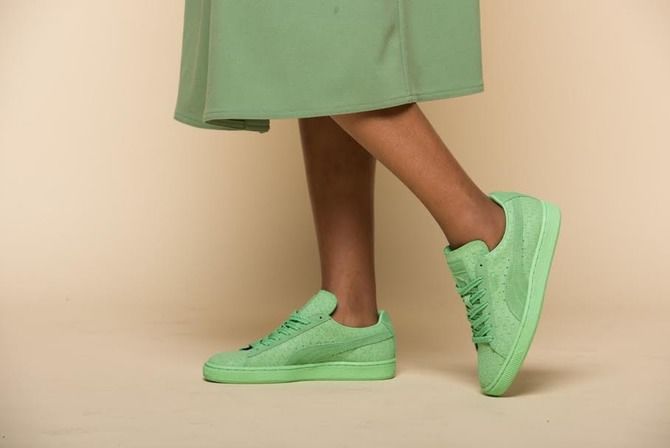 The new line is called 'Word to the Woman' and features an updated version of Puma's Suede Classic WN's sneaker. According to a recent press release, the stylish sneaker line "celebrates women who innovate and redefine roles in various walks of life." In order to pay tribute to individuals who redefine gender roles, the campaign features inspiring women such as poet Cleo Wade and psychiatry resident Dr. Jessica Clemons. The idea is to highlight women who are both stylish and successful.