Heavily-Patterned Down Jackets
Next
Set of
Related
Ideas 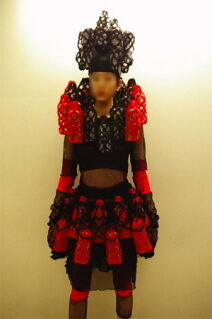 PET-packages are plastic containers made from PolyEthylene Terephthalate and manufactured from various by-products of the oil and gas industries, especially ethylene glycol and terephthalic acid.

PET's major advantage is the strength of the material. Carbonated soft drinks can generate pressure inside the bottle reaching up to 6 bar. Such high pressures however, thanks to the alignment of macromolecules (crystallisation) occurring during the manufacturing process, is not capable of deforming the bottle nor can it make the bottle explode.

PET represents 40% of the global packaging mix and is almost twice more popular than its nearest competitor. And now this comfortable position gets attacked from all sides and not the least by the exorbitantly rising oil prices. Furthermore there is the growing consumer tendency to favour more environmentally friendly packages.

And so the biggest issue likely to affect the development of the PET-market is recycling. Although PET has the striking feature that it is fully recyclable, with billions of PET-bottles on the market, and no efficient recycling system in place as yet, fears of an ecological disaster caused by dumping or burning are increasing.

In Japan, Asahi Breweries was forced to cancel plans to sell beer in PET-bottles, following a vigorous campaign led by Greenpeace Japan. The pressure group claimed that the introduction of plastic bottles would create huge waste disposal problems and would damage the environment as adequate recycling plans had not been put in place.

Kosuke Tsumura, designer for the urban survival clothing brand Final Home in Japan has added an extra dimension to the recycling possibilities of PET-bottles. Not recycling to fleece material of which the popular wind jacks and other non-woven clothing are made, but creating fashionable albeit not effective armour and combat suits by slicing up PET-bottles and sewing them together.
The armour will not stand up against the slightest battle and moving around may be a problem, but for a party anybody wearing it looks fashionable and cool in this samurai design.

An outfit for life as PET doesn't biodegrade.