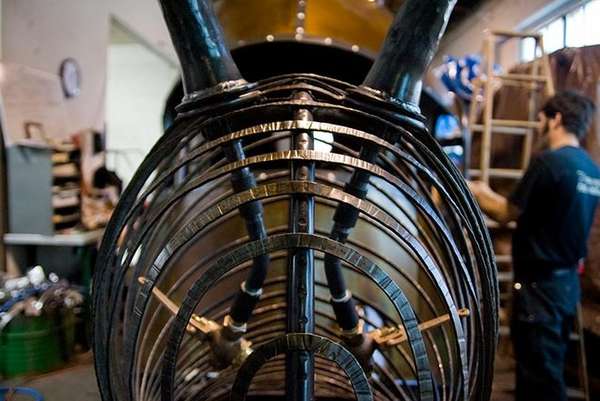 The “herbie” art car, called The Golden Mean, was made by blacksmith Jon Sarriugarte, a custom home furnishing designer.

The idea came from his wife, Kyrsten Mate, who dreamed up the rolling piece of art. The vehicle was named after the golden ratio, a mathematical proportion said to be aesthetically pleasing.

Its debut was at the Burning Man anti-branding art festival these year, which ran under the theme of the "American Dream."

This is recycling at its most innovative. Give us a ride?
1.9
Score
Popularity
Activity
Freshness
View Innovation Webinars