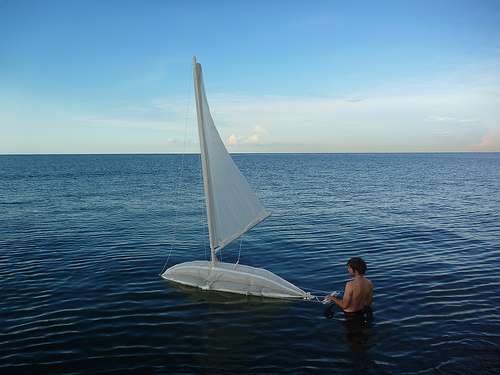 The Protei Project Offers a Solution for Cleaning the Currents

The robotic sailboat has undergone a series of updated prototypes thanks to the input of designers and engineers worldwide. Headed by Cesar Herada, the concept is for an "open-source sailing drone" set to be launched at sea and controlled from land, with the eventual goal of being dispatched by intelligent GIS technology. A whole fleet of such watercrafts will be necessary to begin sucking up the spill downwind to prevent oil from traveling too far. Each vessel of the Protei Project will have a capacity of 2 tons per trip, making it quite an effective formula for righting industries' wrongs.