Proposed Ban on Under-16 Models 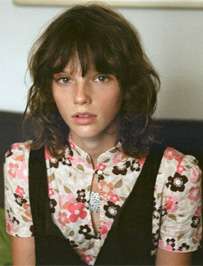 Panel chairwoman Baroness Kingsmill has argued that, "The panel has set out an approach designed to protect vulnerable young workers in an industry which appears to be glamorous but which has hidden risks and that for all practical purposes is largely unregulated and unmonitored.''

Kingsmill added: "There was also strongly expressed concern that it is profoundly inappropriate that girls under 16, under the age of consent, should be portrayed as adult women. The risk of sexualising these children was high and designers could risk charges of sexual exploitation.''

Susan Ringwood, chief executive of the eating disorders campaign group Beat has concurred with the concerns, "Using the slender bodies of 14- and 15-year-old girls, who don't have adult curves and shapes, means clothes hang beautifully on them but that's unhealthy because it creates a chasm between the way we are in our bodies and the aspiration that that sets up. It makes people think they are buying the youth of the model as well as the clothes themselves".

Responses to the interim report are now being sought. The final report, along with a final set of recommendations is due to be published in September, when the next London Fashion Week takes place.