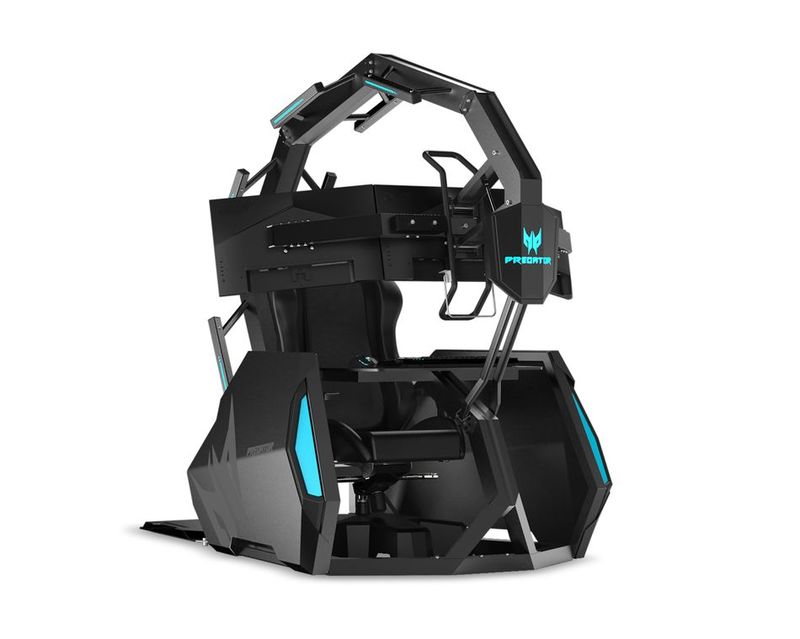 Daniel Johnson — September 4, 2019 — Tech
References: acer & mashable
Share on Facebook Share on Twitter Share on LinkedIn Share on Pinterest
Acer has created a new edition of its Predator Thronos which was originally announced at IFA last year. The new chair has been launched before this year's IFA event and has been titled the Predator Thronos Air. The new version of the gaming chair features a manual arm that carries three screens, where the previous model only had one large screen.

The new model will also feature a reduced price, at $13,000, which is significantly lower than the previous price of $20,000. The new chair can also come with upgrades like a seat stabilizer, a cup holder, a USB hub, or a camera. Prospective customers will be able to purchase the chair in the United States and Europe during the end of the 2019 financial year.