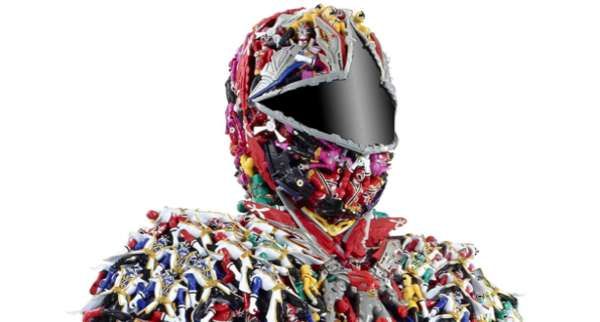 Meghan Young — January 24, 2013 — Eco
References: robertbradford & dvice
Share on Facebook Share on Twitter Share on LinkedIn Share on Pinterest
It might be depressing for '80s and '90s kids to think about the popular Saturday morning television show 'Power Rangers' celebrating its 20th anniversary, having debuted in the United States in 1993, but the statue appropriately titled Power Rangers by Robert Bradford, an artist based in Kent, England, will surely cheer some up. Created by the same artist who made dog and army men sculptures out of old toys, it is impressively made out of over 600 individual toys that represent the history of the brand.

Measuring six feet tall, the Power Rangers by Robert Bradford really does look like a Power Ranger, which is easily doubtable considering the medium. Nevertheless, it isn't modeled after a specific one considering the various colors used.
1.9
Score
Popularity
Activity
Freshness
Get Trend Hunter Dashboard