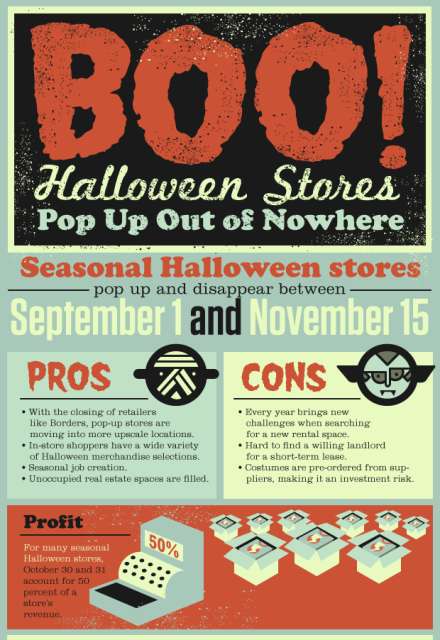 According to TurboTax, $1.21 billion will be spent on adult costumes this year. The Halloween spirits have risen as 161 million people plan to celebrate Halloween this year, and that's the highest figure in the past decade. Halloween stores simply pop up around September and poof, disappear by mid November. Almost a billion dollars more have been spent this year since last year. The amount that people end up spending for the spooky celebrations is quite shocking, but hey, you do have the time of your life.

Put on your spookiest costume, dress your pet (adorably ghostly), whip up the scary treats and do the zombie dance. Although the Pop-Up Halloween Stores infographic can be intimidating, never mind these cost statistics, this deadly celebration only hails once a year.
1.2
Score
Popularity
Activity
Freshness
Jeremy Gutsche Keynote Speaker