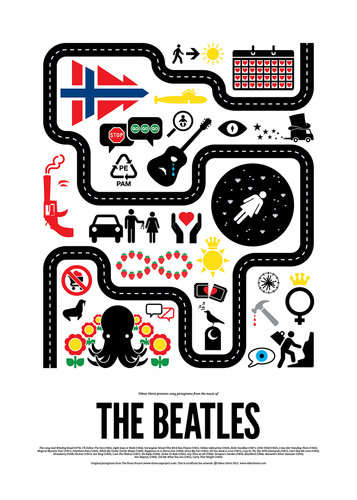 While Hertz produced other pictorial works previously, in this series he went to the extreme in the sheer numbers of puzzling pop music illustrations. The artist said, "I made as many as I possibly could come up with for each artist, and jammed them into one single poster." Hertz began with the Rolling Stones poster, which was a gift for a friend's father. From there he expanded into eight different pieces. You'll quickly find yourself immersed in figuring out the meaning behind each of the 234 pictograms.
3
Score
Popularity
Activity
Freshness
View Innovation Webinars