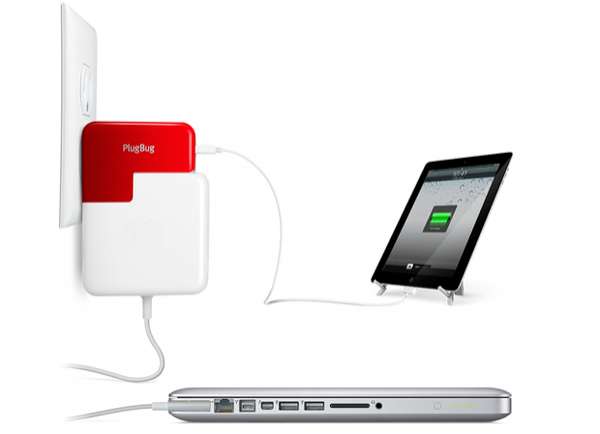 The PlugBug by Twelve South is Made Specifically for Apple Devices

Meghan Young — November 4, 2011 — Tech
References: twelvesouth & coolhunting
Share on Facebook Share on Twitter Share on LinkedIn Share on Pinterest
Although traditional power bars offer the same convenience as the PlugBug by Twelve South does, there is something much more appealing with the latter. This two-in-one plug not only looks significantly better than a power bar, it also features a USB slot that most bars do not. Not to mention that it is significantly more compact as well.

In addition to those details, the PlugBug by Twelve South is specifically made for Apple products, actually attaching itself to one’s existing Macbook plug. While people stockpile laptops, iPads, iPhones and more, it becomes quite a hassle to charge all these devices at once. PlugBug by Twelve South provides an easy and good-looking solution that will have people’s computers and gadgets juiced up for another round of everyday use.
1.5
Score
Popularity
Activity
Freshness
Jeremy Gutsche Keynote Speaker