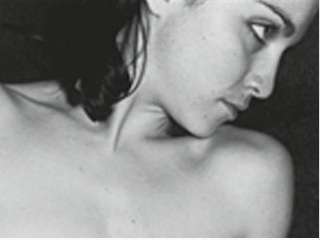 Images of Madonna Baring All in 1979 Fetch High Prices Today

Sandra Winn — January 17, 2009 — Naughty
References: christies & foxnews
Share on Facebook Share on Twitter Share on LinkedIn Share on Pinterest
On February 12, 2009, the original, full frontal nude photo of Madonna (then 20), taken by Lee Friedlander in 1979, will be auctioned off in the Icons of Glamour and Style: The Constantiner Collection Part ii. it is expected to sell for between $10,000 and $15,000. The 1979 naked picture of Madonna appeared in a 1985 issue of Playboy.

According to a Fox News report interview with Matthieu Humery, of Christie's Auction House, when Madonna was photographed nude in her twenties, she was a dancer who answered a Friedlander’s ad looking for a nude model. The report also states that Friedlander sold six more pictures of Madonna taken in 1979 to Playboy in 1985.

I really think this tastefully naughty photo of Madonna naked is beautiful and artistic. Honestly, I think she’s shown more vulgarity on stage than in this picture. I also wouldn’t be surprised if Madonna’s explicit nude photo sold for more than $15k. After all, she has a huge following and is one of the most iconic and influential pop stars of all time.
4.2
Score
Popularity
Activity
Freshness
Get the 2021 Trend Report FREE