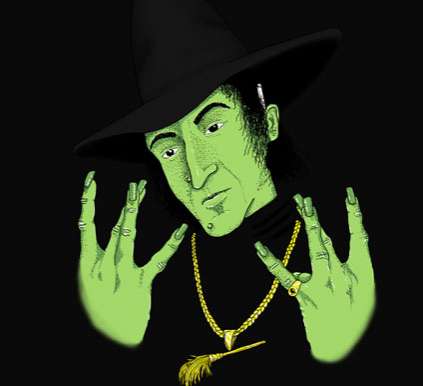 His pieces are funny and witty and tend to poke fun at pop culture. With designs such as 'Mario' which features the iconic character in an inappropriate pose and the caption "Warped,” Phil Jones' work is clever and satirical. From his ‘Whale’ illustration, which resembles the Twitter whale, to ‘Will Work on Food,’ Phil Jones work is a pop culture junkie’s absolute dream T-shirt design. My absolute favorite graphic of his is ‘When Pigs Fry’ that shows a pig flying in the blue, cloudy sky with bacon-like wings. Another favorite would have to be ‘Westside Witch,’ which showcases the Wicked Witch of the West in a gangster pose.