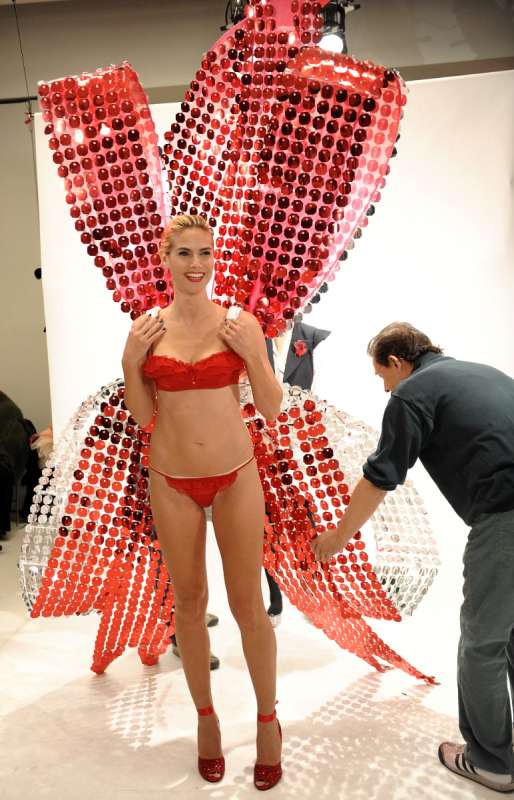 Going Like Sixty — November 10, 2008 — Lifestyle
References: fashionising
Share on Facebook Share on Twitter Share on LinkedIn Share on Pinterest
Here’s a first look, behind the scenes, for the upcoming Victoria’s Secret Lingerie Fashion Show. The Victoria’s Secret skimpy, sexy, sensuous fashions will be broadcast on CBS December 3. These are just a few of the photos shot of the Victoria’s Secret models as they prepare for their catwalk appearances. This is the sixth time CBS has broadcast the pre-Christmas Victoria’s Secret lingerie show, which this year will be held in Florida at the Fountainebleu Miami Beach.