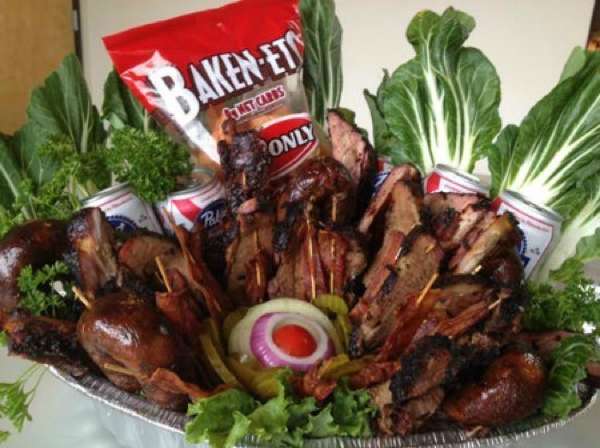 The Pecan Lodge Meat Basket is a Carnivore's Dream

Sarah Moore — June 12, 2012 — Lifestyle
References: pecanlodge & blogs.dallasobserver
Share on Facebook Share on Twitter Share on LinkedIn Share on Pinterest
Even though dads seem to have everything and buying them gifts for father's day can often be tough, the Pecan Lodge Meat Basket is probably one thing he doesn't have -- and your mom most likely doesn't want him to have.

Assembled by the Dallas, Texas meat company, the basket is chock full of artery-clogging, mouth-watering goodies designed to put you back into dad's good graces by providing him with an assortment of treats that make for a perfect excuse for him to fire up his barbeque.

Containing an assortment of the company's most popular meaty delicacies such as beef jerky, BBQ ribs and brisket, the basket is the perfect gift for the meat lover.

If the recipient is also a fan of getting a bit rowdy while they chow down, the company has also been known to throw in a few beers as a little something extra.