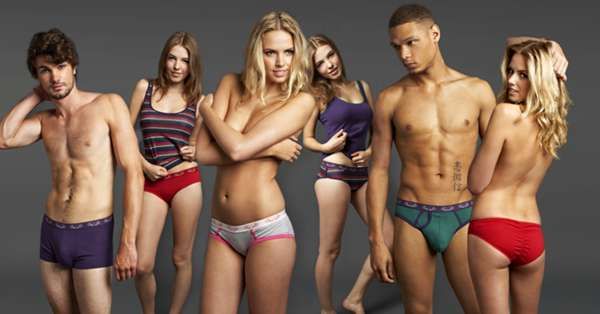 Pants to Poverty is a Hip Social Enterprise That Raises “Underwearness"

Tiana Reid — December 26, 2010 — Social Good
References: pantstopoverty & guardian
Share on Facebook Share on Twitter Share on LinkedIn Share on Pinterest
Pants to Poverty began as part of a Make Poverty History campaign, but has now become a successful fair trade, environment-friendly and organic underwear brand for women, men and children, with a unique long-term relationship to its farmers and factory workers in India.

According to the Guardian, Pants to Poverty ensures that, while working with the farmer organization Zameen Organic and the Pratibha Syntex factory, it “helps Indian farmers enjoy a fair wage and safe working environment denied to other cotton farmers who are exposed to pesticides.” Tribal Adivasi Indian farmers are able to triple their profits all the while employing more laborers to work on the land. Pants to Poverty sources their cotton from the Vidarbha region in India, an area which is known as “the suicide belt” because it averages an astounding twenty-six suicides a day. Pants to Poverty was partly inspired by Gandhi’s use of cotton as a metaphor for social change, as well as relating to the colonial relationship with India that the United Kingdom has exploited for centuries. In addition to its fair wages, Pants to Poverty raises funds for various causes and in the past, has raised money for HIV work in South Africa. On its website, Pants to Poverty offers three downloadable PDFs of case studies on economic development, organic farming and female empowerment.

Despite its social goal, Pants to Poverty still commit to a profit-driven capitalist approach and haven’t strayed far from the more “traditional” ways to market underwear. Their website is plastered with half-naked, thin, and beautiful young people. They also offer a year’s supply of undies from their online store – another inventive sell. With a mission to “rid the world of bad pants” and a slogan that guarantees underwear that’s “truly ethical from grain to groin,” Pants to Poverty speaks a language that teens and young people can understand. They exemplify a successful mix between humour and human. It is things like this that allow Pants to Poverty to stand strong as a sustainable social business.

As more than simply an underwear brand, Pants to Poverty encourages its customers to be more than just customers. By organizing a campaign, volunteering, fundraising, or helping to design, Pants to Poverty offers a number of ways that its “pants people” can get involved according to whatever suits you best.

As a fair trade and organic company, Pants to Poverty, like many similar businesses, suffers from high prices that makes its products strictly available to the middle class. Nevertheless, Pants to Poverty have been acknowledged by a variety of publications including Marie Clare, the Big Issue, the Independent, Time Out, Observer Magazine, Gay Times and 247 Magazine.

Pants to Poverty is an innovative company that shows that social good, an awareness of the supply chain, and sexy branding aren’t mutually exclusive. Furthermore, Pants to Poverty’s fresh marketing mix may be exactly what the next generation wants—and needs.